The combination of light oak wood and hundreds of colorful pens, along with the meticulousness of Vietnamese artisans, creates one of the most unique and completely one-of-a-kind decorative Giant Colored-Pencil Chess products. These wood grain and pen bodies blend and intertwine to create harmony for the living room, bedroom, and office. Many of these 1 of 1, hand-painted works have been the choice of royalty, renowned interior designers, art collectors, and chess Grandmasters. 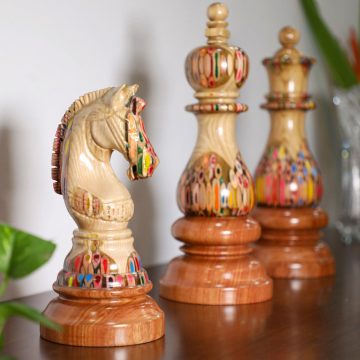 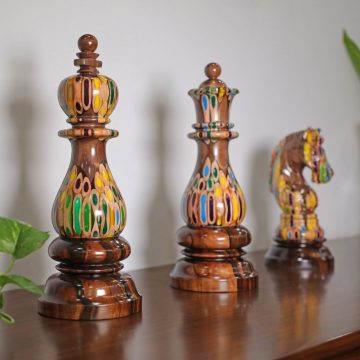 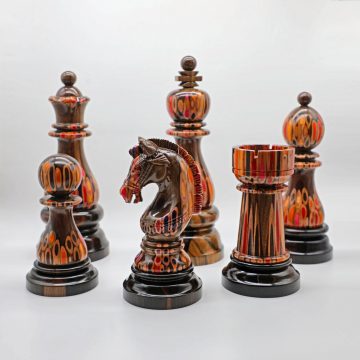 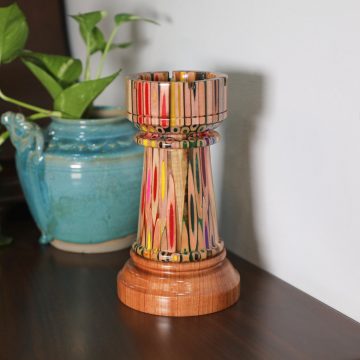 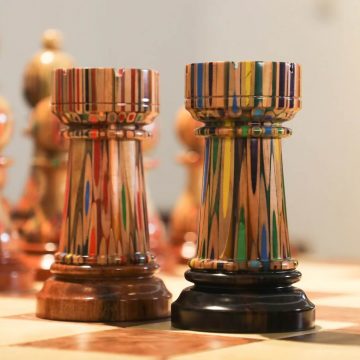 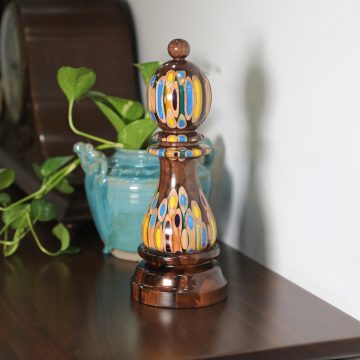 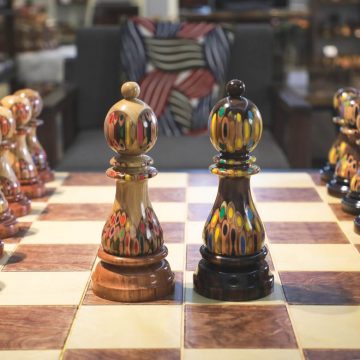 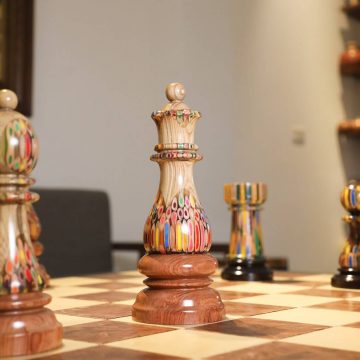 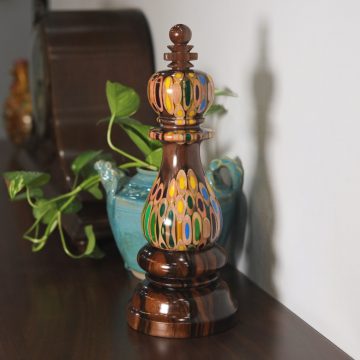 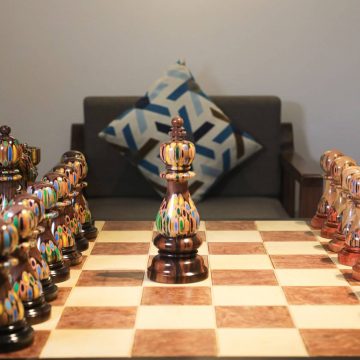 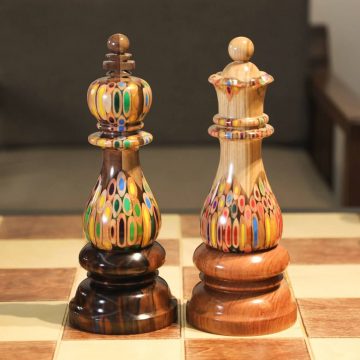 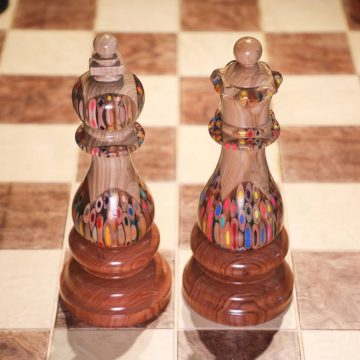 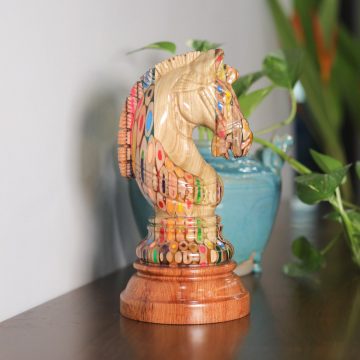 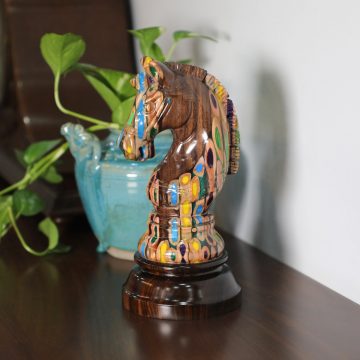 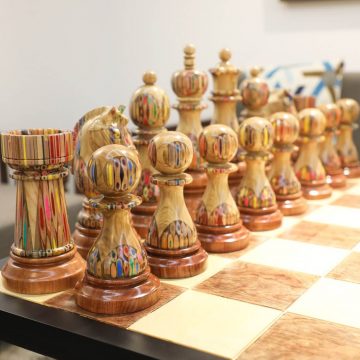 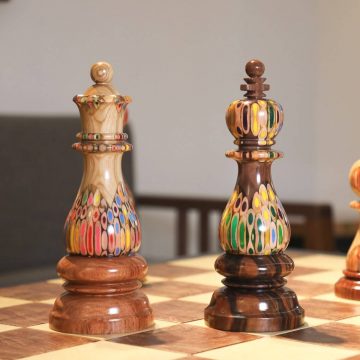 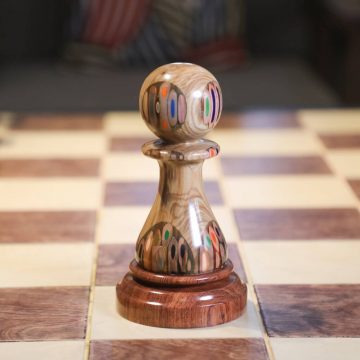 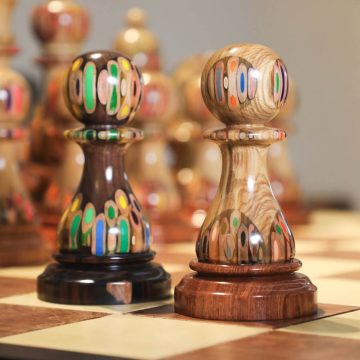 Are you looking for some decorative chess sets? Here we offer a wide range of large chess piece sculpture, made completely from luxury wood and colorful pencils. These deluxe giant ornaments will bring you a brand new experiece in playing chess and enjoying the mesmerizing beauty of various chess pieces at the same time. 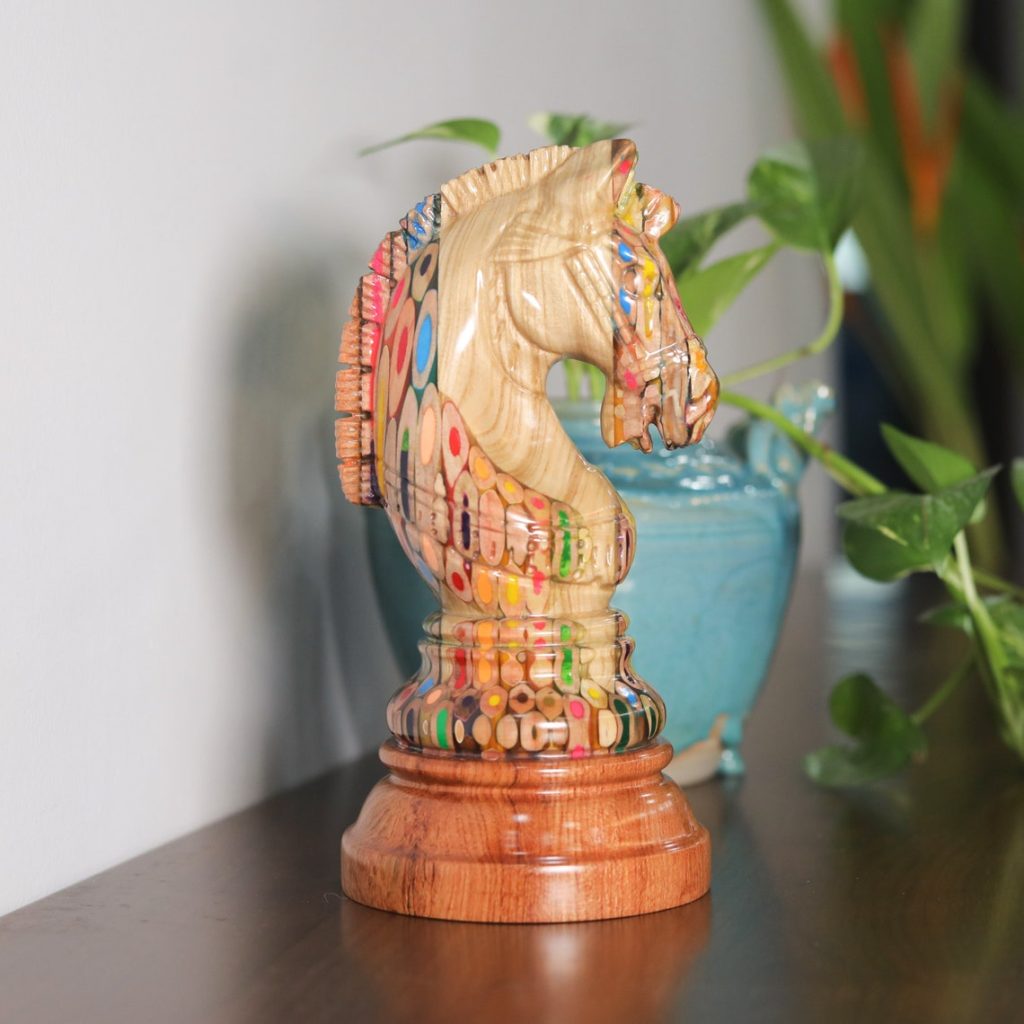 One of the most distinctive and totally one-of-a-kind ornamental Giant Colored-Pencil Chess items is produced by combining light oak wood with a large number of vibrant pens and the meticulousness of Vietnamese artists. The blending of the wood grain and pen bodies brings harmony to the living area, bedroom, and office. A lot of these one-of-a-kind, hand-painted pieces have been favored by royalty, well-known interior designers, art collectors, and grandmasters of chess.

What Are Giant Chess Sets

Just as the name describes it all, these are the oversized chess sets which take up much more space than the original ones. The uniqueness of this type of chess board not only lies on the dimensions of the pieces itself, but also the wonderful experience it brings to players.

These enormous chess sets are ideal for learning or playing with friends, family, and coworkers, whether you are an experienced player or just getting started. A chess set would make a wonderful addition to any party, picnic, or other special events. You may play indoors or outdoors.

These can also become large decorative chess piece to brighten up your home space, your office, and so on. 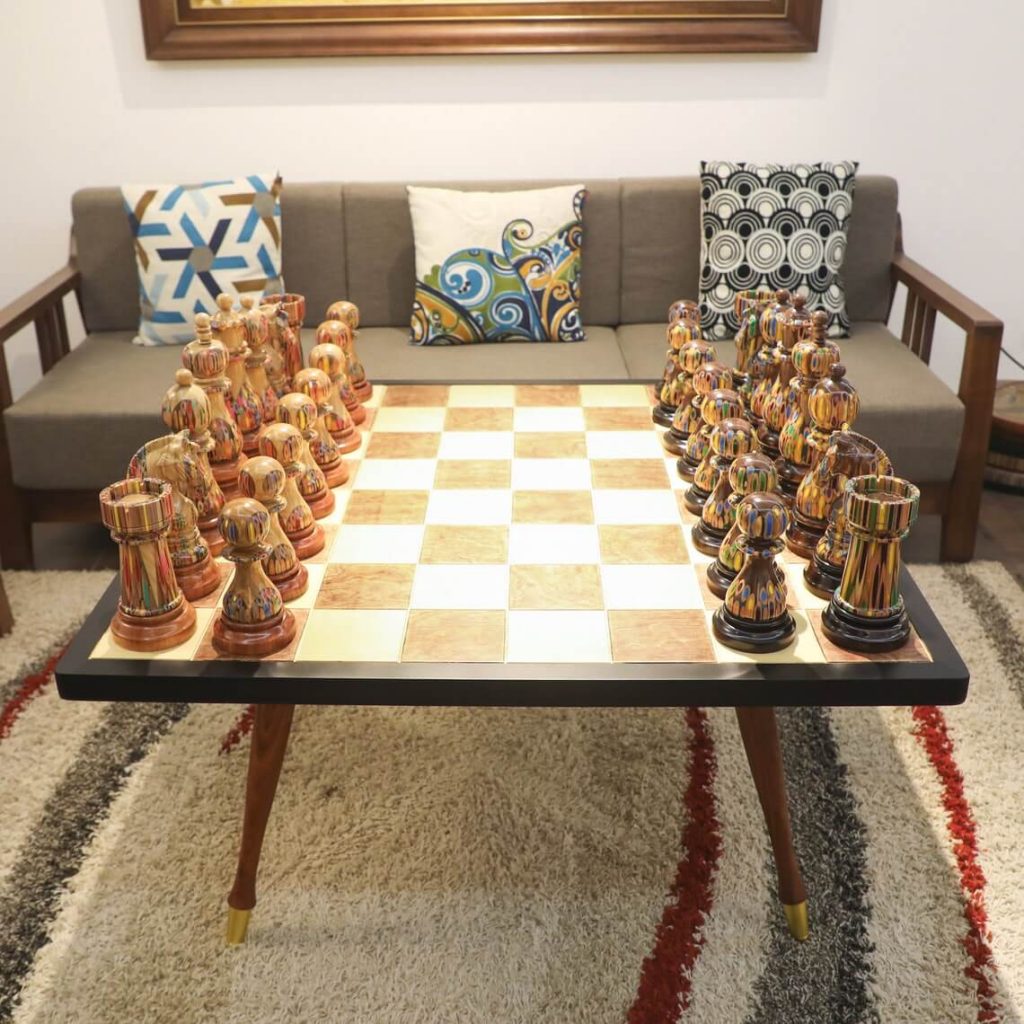 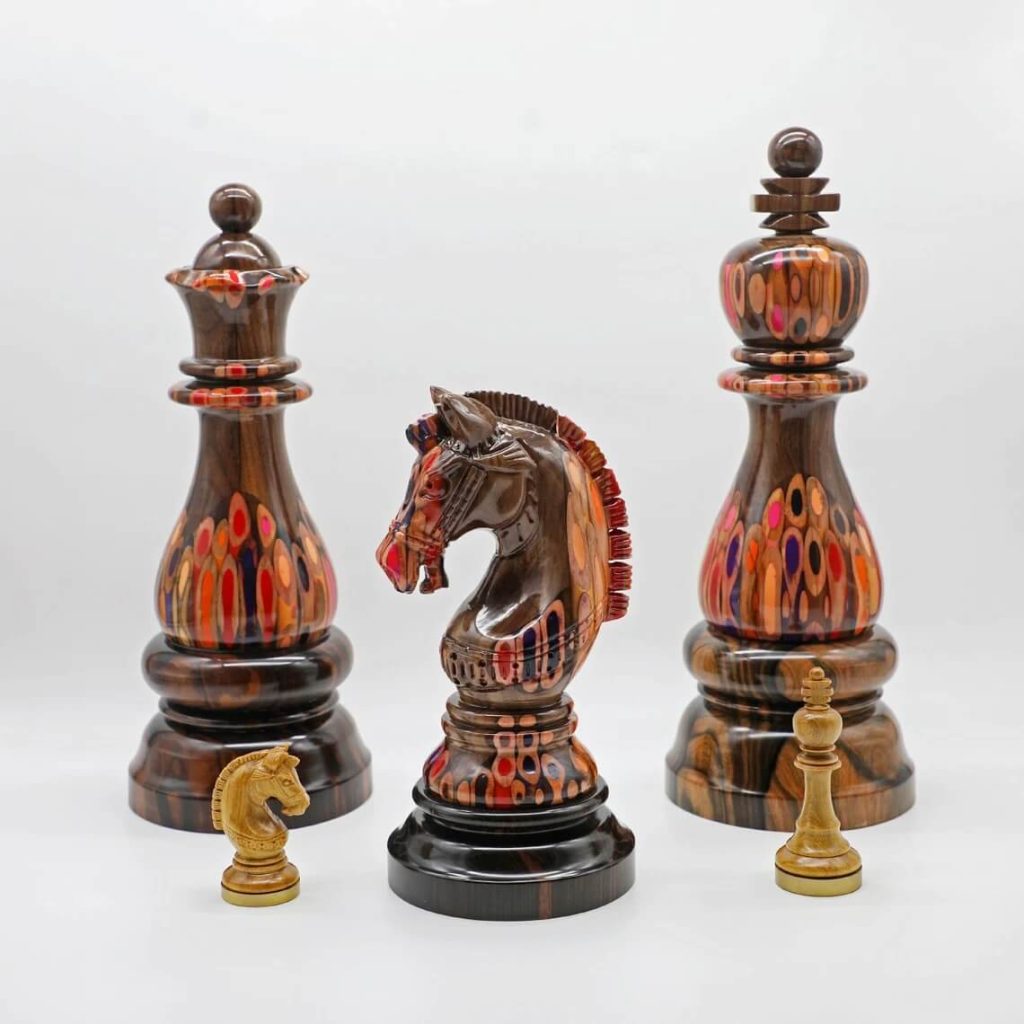 How Big Are Giant Chess Pieces

Chess sets are typically 3 inches tall. However, when it comes to giant chess sets, the size of a single piece can jump up from 7 inches tall all the way to 6 foot! That is an insane number, right? The enormous chess pieces are detailed much like a smaller set, despite their size.

Our collections of giant colored-pencil chess pieces range from 7 inches to 12 inches, which is fourfold taller than the normal size of a chess piece.

Have you ever wondered how giant chess was invented? Well, if you are curious about giant’s chess origin, we have some information for you.

Since the creation of the four player dice game Shaturanga, chess has advanced significantly. The dice that previously added a random (and perhaps gambling) aspect to the game have also disappeared along with the elephants and boatmen. People have been experimenting with the form and shape of the pieces ever since it was first introduced to Western Europe in the early second millennium.

Although individuals have previously created gigantic chess sets out of stone, wood, and marble, it was the German company Rolly that began to mass-produce the game in a big version using sun-proof hollow plastic pieces in the twentieth century. Due of the aesthetically striking effect that any Giant Chess set produces, other manufacturers including Uber Games, Garden Games, and Jaques have all sought to create their own versions of Giant Chess. 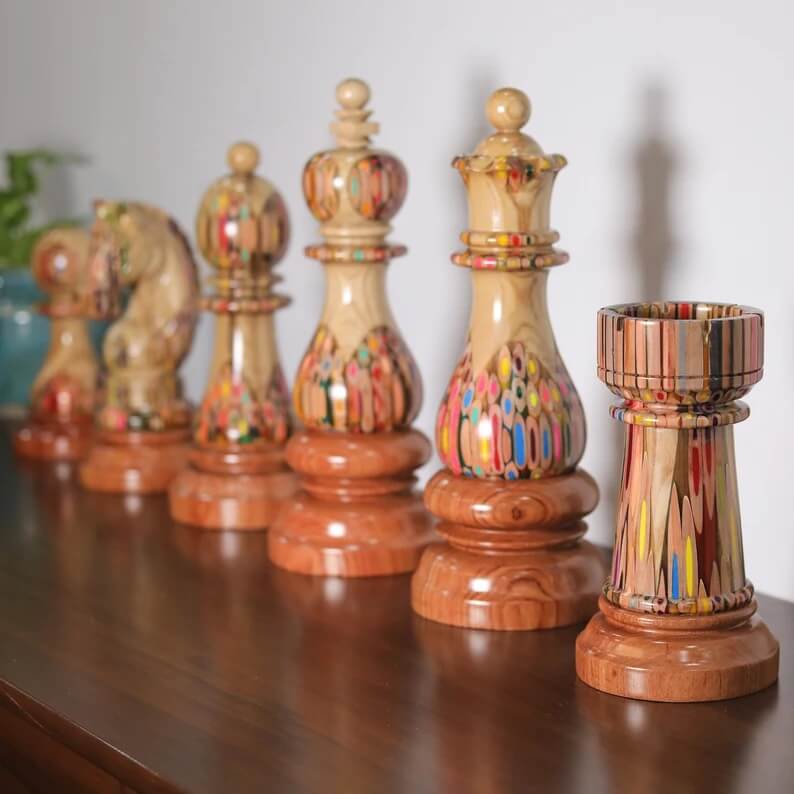 Naturally, a couple of decorative chess pieces are the best place to start when it comes to using chess as décor, especially are the large ones. Any living room or workplace may be transformed quickly into a high-end, elegant space by displaying a beautiful oversized chess piece on a desk or chess table.

Because there are so many different elegant chess pieces right on this page and on the market, this approach may be used with any type of interior design or color scheme. In a formal workplace, a classic wooden chess set would be ideal, while a modern set with vibrant colors would be more appropriate. You can also choose a unique, colorful designed chess piece, made meticulously from luxury materials to make changes to the appearance of your room, making it brighter than ever. 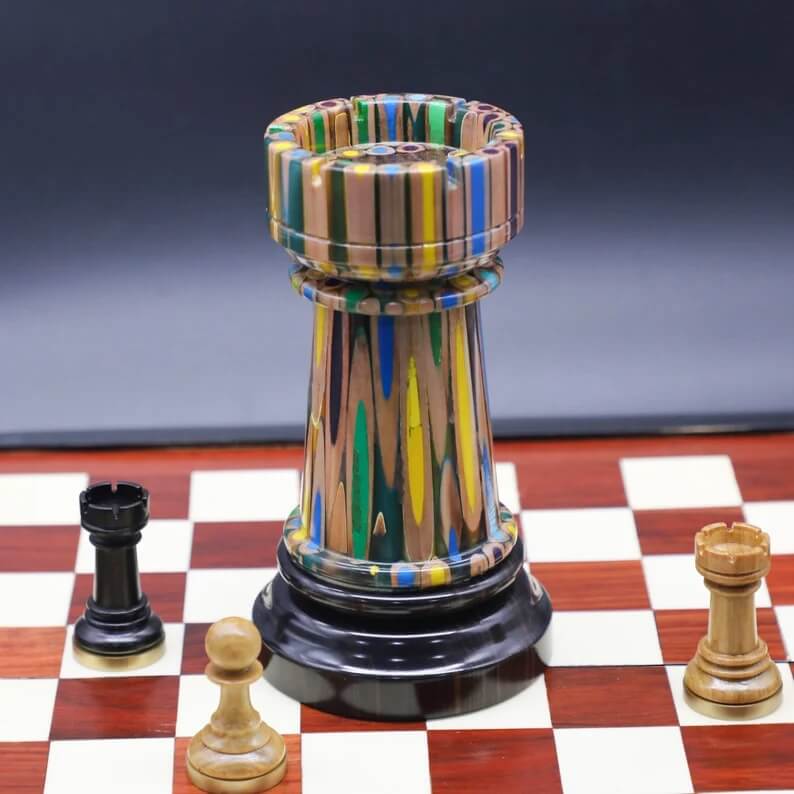 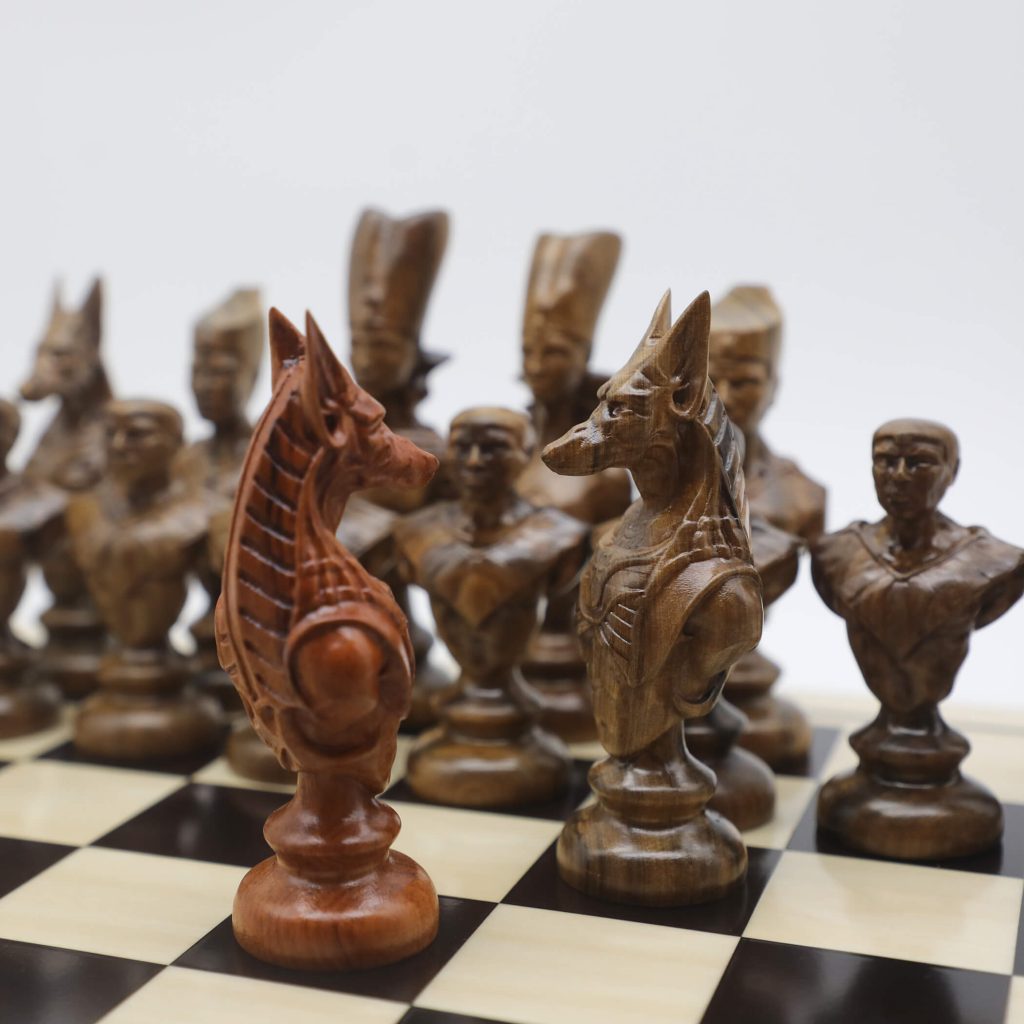 The lengthy history of the game has seen a variety of times where themed chess sets have been a sought-after collector's item. They provide a fantastic opportunity to engage in battle on the chess board and are fascinating, entertaining, and colorful. A theme chess set is a great approach to mix chess and that particular passion if you're seeking for the unusual.

In Henry Le Chess Sets, we offer you with Cool & Novelty Themed Chess Sets. This would be the ideal modern and contemporary addition to your lovely house. Henry Le Artisan creates themed chess sets in an opulent and expert manner using Vietnam Hinoki, Padauk Burl, and Calocedrus macrolepis. There will be an update on these special themed chess pieces that have been picked by royalty, expert players, and well-known decorators and fashioned from crayons and other expensive woods.

Vertical chess boards are the ultimate in chess set space-saving. When you don't have much space to work with and you don't want to buy a too small chess set, a vertical chess board can be the best option. Since they are mounted on the wall, these boards occupy practically no room. You don't even need to make place for a table and chairs since this standing chess set just needs a little bit of wall space.

The vertical chess set by Henry Le is both a work of beauty and an engaging game of strategy and analytics. The Padauk wood and Oakwood series that this board is a part of has a gorgeous frame. This vertical chessboard is a classic that is both functional and beautiful to look at. 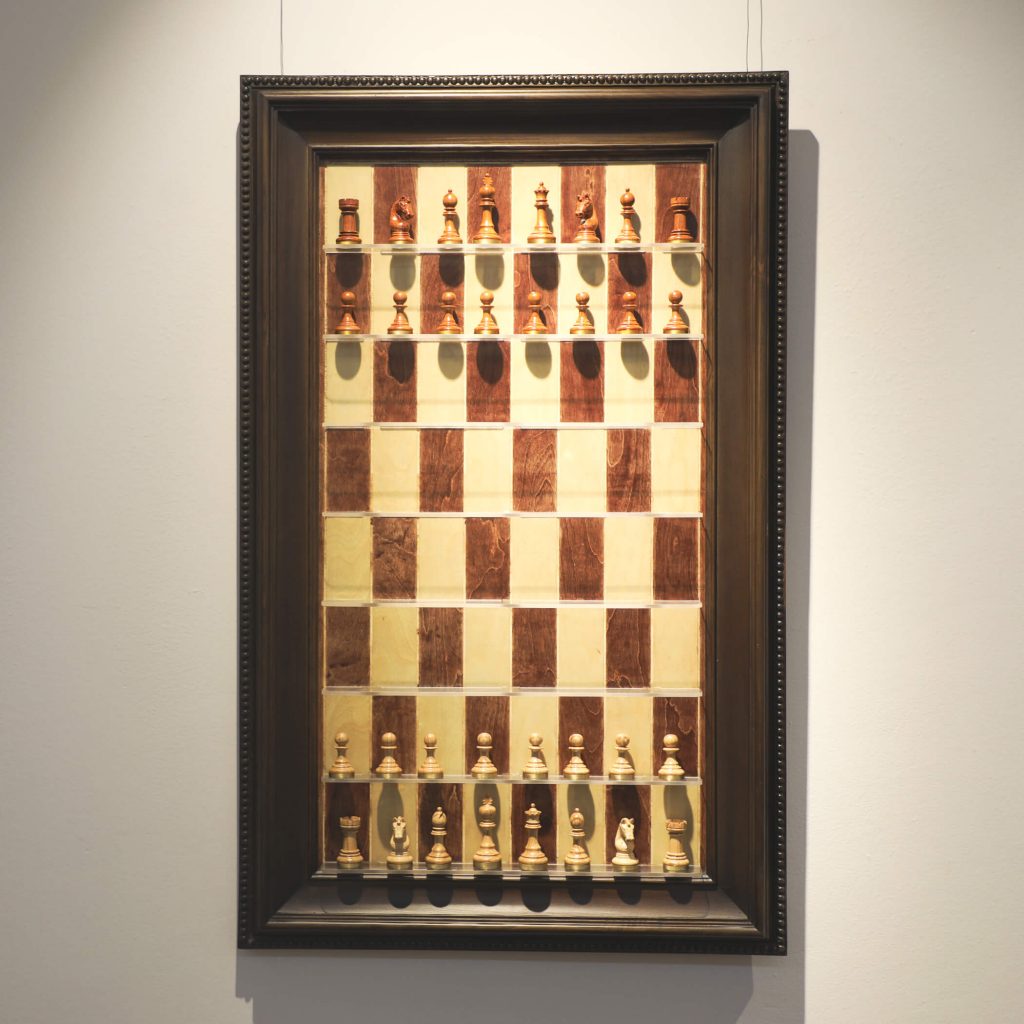